The court of Ibn Ziyad was being prepared for a special occasion. The government officials and the army commanders who had shortly returned from Karbala were all present. Other classes of the people had also been permitted to attend the celebrations. Ibn Ziyad had set the head of Hussein Ibn Ali (a.s.) in front of him. He ordered the prisoners of Karbala to be brought into the court and the women and children of the household of the Prophet (pbuh&hh) were brought in. Zeinab entered without paying any attention to Ibn Ziyad and as she stood in a corner, women and children surrounded her. Who is this lady? Asked Ibn Ziyad, who considers herself to be so important? She is the daughter of Ali Zeinab, he was told.

He turned towards Zeinab and said, Thank God who brought you low and exposed your lies. Zeinab replied, The evildoers abase themselves, and the corrupt tell a falsehood; and we are not such Ibn Ziyad ostensibly acted, however, as if these words were not aimed at him. He said, Daughter of Ali, have you seen how God has acted with your brother and his family? Zeinab replied: I have not known aught but benevolence and goodness from God. And as for our people, for whom God has ordained blessings of martyrdom, they defended themselves with valor. They were martyred and have reached their Divinely - ordained Abode. But, O son of Ziyad, God will bring them and all of you face to face when you will offer excuses which will be of no avail. Son of Ziyad! May your mother weep over you. Remember, one day you have to answer for this before God. Be prepared for that day and realize in whose favor the Almighty's verdict shall be. I swear, you have no doubt slain our men, violated our sanctity, and have not only hacked our family tree but have pulled it out from its very roots. If you think that all these acts are the cause of glorification for you, then yes, you have acquired glory. For certain, I am surprised at the person who murders his Imam and says he has gained glory, whereas in truth he knows what retribution awaits him for this atrocious deed. Ibn Ziyad, apparently unmoved by what Zeinab had said, retorted, Anyhow, I am at peace after having killed Hussein. O son of Ziyad! You say your heart is at peace by the slaughter of Hussein (a.s.) Yet you know too well that the sight of Hussein used to soothe and solace the Prophet.

The Prophet always petted and fondled Hussein (a.s.) and the two, he and his elder brother, Hasan, were often riders on his holy back. Zeinab continued: Indeed prepare your excuses for the Day of Reckoning. Son of Ziyad! Even if my brother was aspiring for the Khalifah, then he was in the right because the Khalifah was his inheritance from his grandfather, the Prophet; whilst you, son of Ziyad, prepare your defenses for the day when God shall be the judge. O Ibn Ziyad, you are guilty of a most ghastly crime, and in spite of this deed of yours, you seek peace in the world! Pity, yes a thousand pities that you are drunk with this short-lived might and this brief prestige. Worldly power and wealth have enticed you and have made you proud. But be warned that temporal monarchy and power will fade into insignificance and perish You are not immortal and shall not live forever. Peace and rest you shall never find. Do you know and realize what you have done to those divine souls and their relatives? You are revealing and celebrating over your evil deeds and their massacre. Remember your act is so grievously vile and ghastly that its ignominy shall always accompany you till Doomsday. You shall, indeed for sure, never be gratified with the acquisition of your heart's desire. Ibn Ziyad was angered but was made to desist from taking any harsh action by those who were present, who told him, Leave her alone. She has suffered and her grief makes her say all this.

Zeinab's speech, however, had transformed the very mood of the assembly. The joys and pride of victory had been obliterated in the hearts, which were now invaded by guilt, shame and indignity. Ibn Ziyad who was well aware that Zeinab's speech had created an atmosphere that was not at all to his benefit, tried to change the topic with the comment: Zeinab too speaks eloquently like her father! To this Zeinab replied. What do women have to do with oratory? Up to now, the exchange had been entirely to the ruin of Ibn Ziyad. He turned to Imam Sajjad (a.s.) the son of Hussein (a.s.), who stood among the prisoners and inquired, who is this man? He is Ali, son of Hussein, came the reply from one who stood around. Ibn Ziyad said We had received the report that Ali ibn al-Hussein was killed by God in Karbala! Yes, I had a brother named Ali, replied Imam Sajjad (a.s.), who was killed by your army in Karbala.

No, it was God who killed him, came the angry retort from Ibn Ziyad. In reply, Imam Sajjad (a.s.) recited this verse of the Quran, God takes the souls at the time of their death, and that which has not died, in its sleep; He withholds that against which He has decreed death, but looses the other till a stated term (43:39) The calm reply enraged Ibn Ziyad who cried, What impudence! How dare you argue with me! Then he ordered his men to behead him. Zeinab, when she saw this came in between Imam Sajjad (a.s.) and Ibn Ziyad's men and cried out to Ibn Ziyad, Ibn Ziyad, are you not ashamed? Do you intend to kill all of our men? It is impossible! You will have to kill me first before you can put your hands on my nephew. Ibn Ziyad was surprised at this scene of love and courage. He clearly saw that Zeinab (a.s.) intended what she had said. Then desisting from the idea he said, Indeed, blood-relationship is a strong bond! Ali ibn al-Hussein (a.s.) told his aunt, Dear aunt, be calm and allow me to speak directly to him. Then Taking a few steps forward he said to Ibn Ziyad, You threaten me with death? Do you not know that martyrdom is our inheritance and our merit...? By this time, Ibn Ziyad had understood that this kind of exchange was not to his benefit.

Perhaps it was at this moment that Hussein's (a.s.) head attracted his attention and with a cane that he had in his hand pointed out to Hussein's (a.s.) lips and teeth and at the same time commencing an absurd highhanded harangue. Zaid ibn Arqam, an aged companion of the Prophet was present. When he saw that Ibn Ziyad's impertinence had come to this extent, he cried out in protest, Ibn Ziyad! Take away your cane! God is witness that I have seen many times the Prophet of God kissing these lips. And with these words, he got up and weeping loudly left the assembly. Ibn Ziyad realized that with the honorable station Zaid ibn Arqam possessed in the society the matter could end ruinously for him. He cried after Zaid, Do not cry. You have become old and have lost your wits. Do you weep at a time of great victory as this? Had you not been old and decrepit as you are, I would have had you beheaded this moment! Zaid ibn Arqam, as he walked out of Ibn Ziyad's court cried out to the people: O Arabs! You will ever remain slaves of Ibn Ziyad after this moment! You kill the son of Fatima (a.s.) and make the son of Marjana (Ibn Ziyad's mother) the ruler over yourselves, so that he may kill the pure and pious among you and give mean brigands supremacy over your affairs. O, people! It were you who brought everlasting indignity and ignominy on yourselves and submitted to this abasement. May God deprive you of honor and welfare since you have submitted to such abasement and devilry! 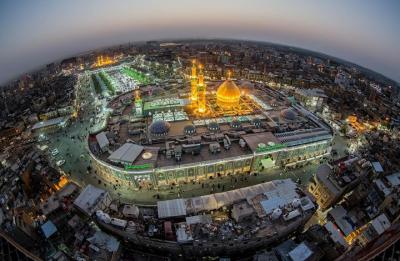 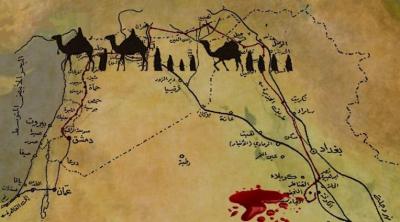