((The renewal of the outcomes of Imam Hussein's revolution and approaching them, requires a stand and a public voice against corruption and debauchery)): Supreme religious authority emphasizes

The representative of the supreme religious authority, Sheikh Abdul-Mahdi al-Karbalai, noted that the holy days of "Ashura" are approaching, as they recall the greatest human bereavement in history, and those who sacrificed themselves in order to preserve human principles such as justice, freedom and human dignity.

Al-Karbalai said in the Friday’s sermon held at the holy shrine of Imam Hussein "pbuh" on August 30, 2019, that "Approaching this season leaves us with an important question about how to keep and renew the ideological, educational, and moral outcomes of the revolution started by Imam Hussein (peace be upon him) on ourselves and our reality, and how to reach that great revolution, as well as to perpetuate the goals and principles for which he sacrificed."

"The individual and society are gradually drifting away from God Almighty and Imam Hussein (peace be upon him) because of the accumulation of sins and guilt on their hearts and because of slavery for life, self and passions," he noted, adding that "The revival of the principles of Imam Hussein (pbuh) requires determining the nature of responsibility and stand towards the challenges and problems, as well as the ethical and cultural crises experienced by our society."

He pointed out that "The reviving of the Husseini revolution also requires arranging the priorities for the task-in-hand and the can-do attitude towards the serious problems that threaten our religious, cultural, national and principled identity, in addition to the need for an insight and awareness in the matters of religion and the important essentials that have priority in the Husseini revolution."

"Imam Hussein (pbuh), has said that he stood up to seek reform in the nation of his grandfather prophet Muhammad (pbuh), and to establish the good and to end evil," he said, pointing out that "The Imam's revolution was not about seeking leadership or wealth, but to perform a holy duty."

Al-Karbalai said that "Imam Hussein (pbuh) has pointed out that the mentioned duty was not particularly entrusted in him or in his closest companions, but all he wanted is to mobilize the masses of people," calling for the need to deal with this duty in our reality and time, especially in light of the challenges and crises experienced by our society today, such as the spread of evil and corruption in various forms, and the killing of innocent people, as well as the acquisition of public and private funds wrongfully, not to mention the phenomenon of bribery, and the promotion of vice in the media without any legal, religious, or moral deterrent."

"It is necessary to put an effort for preventing evil with all legal and religious methods for the sake of affiliation and loyalty to Imam Hussein (peace be upon him). Without this effort, it is a false affiliation and loyalty to Imam Hussein," he pointed out, criticizing at the same time, those who giving up their duty by repeatedly saying (It is not our business)."

The representative of the supreme religious authority has concluded with "One of the clear examples of the sincerity of loyalty to Imam Hussein (peace be upon him) was embodied by the public response to defend the religion and the nation through the "Limited Jihad" fatwa, which has been recorded as a great historical milestone of the true loyalty and sincerity of affiliation to Imam Hussein (peace be upon him)," stressing that "The fatwa was not enough on its own, but victory was also achieved by the public response, as the duty of reform and combatting corruption at the public level, is essential in the tragedy of Imam Hussein, while reviving this duty will be through understanding and awareness and through a voice shouting in the face of evil and debauchery." 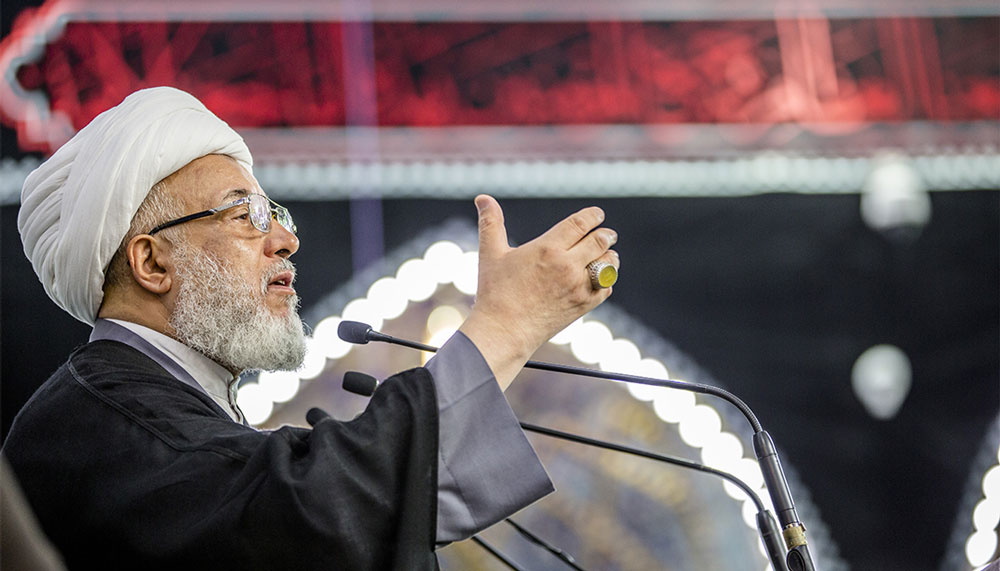