The Imam Hussain holy shrine building (al-rawdha al-Hussainiya) represents the central point of the city centre of Karbala. An almost circular road surrounds the shrine building and this in turn is connected to both old and new streets, the most important of which is the pedestrian street linking the two shrines (now converted to a huge open area following the government attack on the city in 1991), Bab al-Qibla, Bab al-Sid-a and Bab al-Sultania streets.

The shrine building is mostly distinguished for its huge area, great buildings and the Islamic style in architecture.

The rawdha is built on a rectangular area, 125 metres long by 95 metres wide. It consists of a single building (known as alýhqdhra) divided into various parts with the holy tomb (al-dharihh) in its centre, and a vast open courtyard (sqýhan) around this building. There are also gates and rooms on all sides overlooking the sahan.

The rawdha is a solid construction, built of local clay brick (a'jur) and gypsum and inlaid with the most formations of decorating materials such as gold and silver coating, crystal, pieces of small bright mirror and enamel tiles.

The  central part of  the shrine  (al-hadhra)  is rectangular  in  shape which is 55  metres  long by 45 metres wide and its exterior wall  is 12  metres high. The grave of Imam Hussain (A. S.)  Is inside al-dharih- which is enclosed in a raised chest 5 metres long by 4 metres wide, while its height is 3.5 metres with latticed windows made of silver on all four sides and a golden roof.

This dharih is located in the middle of a large room (al-dhar& room) which is 4  metres  long by 9 metres wide and is regarded as the  heart of al-rawdha  building. Above  this  room is  an elevated dome supported by four huge rectangular columns each vvith a sectional  dimension of  3.5  metres by 2.5 metres while the top  of  the  dome is  about  27  metres above the floor level of al hadhra.

The bottom part of the dome itself is tall and cylindrical in shape. This part is designed with 12 windows all-round the dome which are 1.5 5 metres apart and each decorated with a pointed arched end. 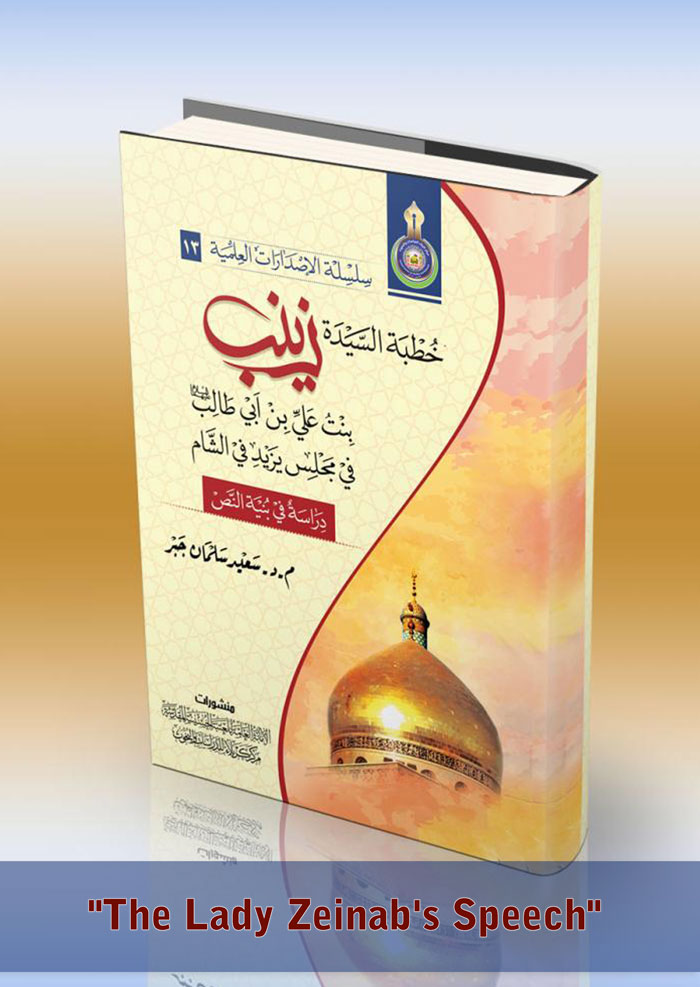 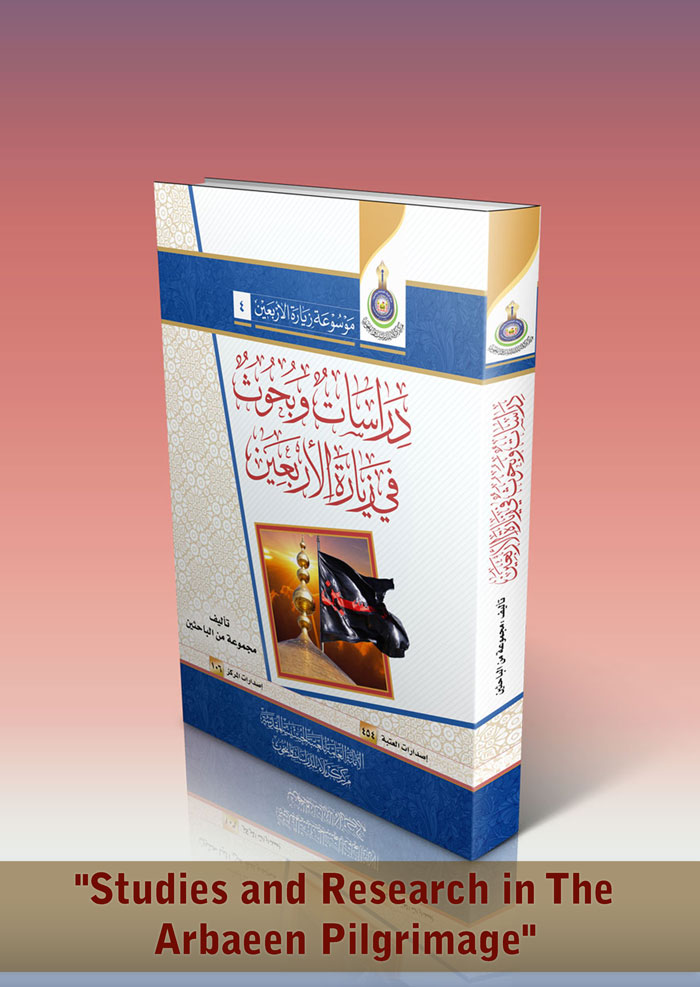 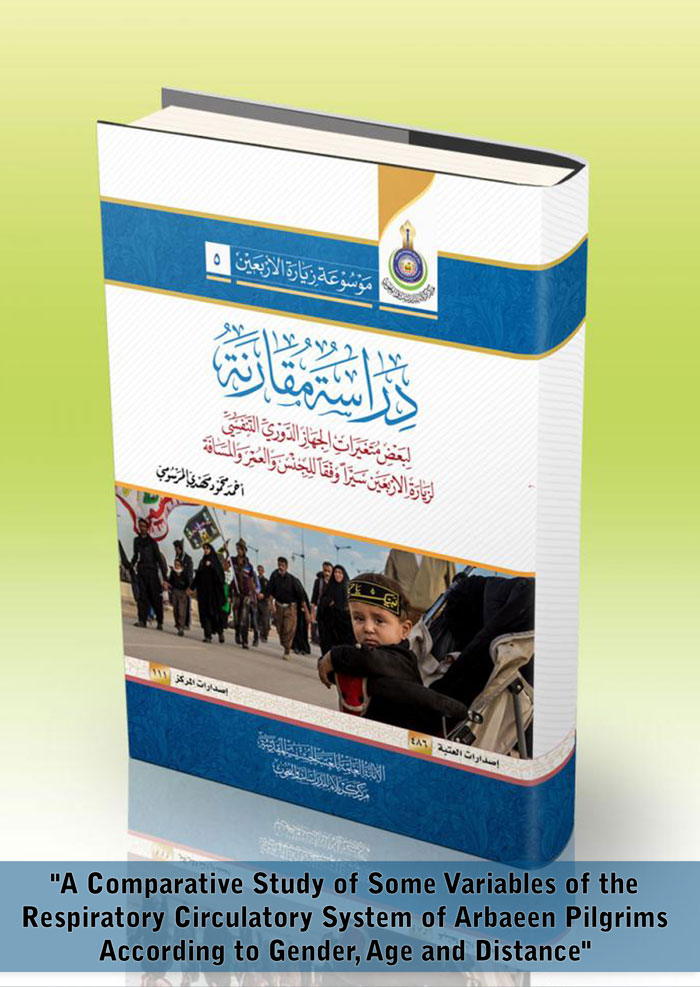 2020-02-08 387
A Comparative Study of Some Variables of the Respiratory Circulatory System of Arbaeen Pilgrims According to Gender, Age and Distance
2020-02-08 387
Download our app