The Supreme Religious Authority, on Friday, 11/8/2017, renewed its call for peaceful coexistence and acceptance of diversity in Iraqi society. The demonstrative of the Sistani authority Sheikh Abdul Mahdi Al-Karbalai presented in the second sermon another resource of social coexistence according to the Islamic perspective.

Sheikh Al-Karbalai said: We are exposed to these resources for their importance and the importance of working in our society and our Iraqi people and And other communities especially at the present time which we face these crises and strife. He explained that the issue of differences between religions in their intellectual, social, economic, educational and other systems poses a number of challenges,

Especially The coexistence of these religions in one nation or two neighboring countries or between multiple relationships, these challenges transcend the religious and cultural range and include They include many important life areas - In order to overcome these challenges to achieve the interests required for all, A clear position that reflects the will of Sharia in Fair dealing with the followers of different religions and cultures is the necessity of peaceful coexistence among all on the basis of the principle of (no injustice or No one shall be wronged), which is the common rules and mutual interests and observing the interest of the country and the people and work on its basis. And the Based of rights and the performance of duties is the embodiment of the principle of justice in the Islamic religion -

The representative of the Supreme Religious Authority Sheikh Karbalai: the issue of coexistence of followers of different religions in one country and one people and one country .. If we do not improve coexistence between followers of these religions will lead to a lot of risks in different areas of life may imagine some people that this difference between followers of religions but The risk of challenges and problems in the cultural and ideological aspects only .. (No) .. If we do not improve social and cultural coexistence also will generate risks and problems of security and social and other ..

He continued by saying the representative of the supreme religious authority for that Islam did not neglect this issue in particular .. Let us remember that this difference as much as we live to the Day of Resurrection can not resolve this difference .. God Almighty said Leave this thing and I separate the people on the Day of Resurrection .. So when we live in this society and there is a difference in the issue of religious affiliation and that this is not solvable and cannot be resolved .. So we must deal with this matter as a matter of fact.

Therefore, Islam has not neglected this issue and put in place a system of healthy social coexistence between followers of different religions in order to achieve common interests and exclusion harm from All.

Sheikh Abdul-Mahdi al-Karbalai status، that this system, in which we will remember acceptance of diversity and difference, means that I accept and the others also accept the coercion, compulsion and force of others to believe my detractors, believe in my detractors and adopt my detractors, leading only to violence, sedition and destruction to all. We now recall these foundations laid down by Islam and through the Quranic verses and the Hadiths, he said. I mean how to achieve this healthy social coexistence based on this view:

The important basics on which this system is built:

First: The unity of human origin:

This generous verse gives the correct view of the human to others and to differ after Religion and belief, every creature of the same one, there is unity in the original human and people are members of one human family and God Almighty is the one who honored the human without discrimination and this difference and diversity and diversity in languages the colors of the verses of the worlds. The Quranic verses determine the criterion of differentiation with piety:

O mankind! Lo! We have created you male and female, and have made you nations and tribes that ye may know one another. Lo! the noblest of you, in the sight of Allah, is the best in conduct. Lo! Allah is Knower, Aware (13)- Surat Al-Hujurat

It Must necessary to get to know each other And a pledge of understanding, cooperation, coexistence and acceptance of differences with others and rejection of coercion and coercion in relation to religion and belief.

Islam enshrines the requirements and pillars of coexistence such as justice, equity, forgiveness, amnesty, justice, injustice, aggression and others. This was demonstrated by the Emir of the Believers in his reign to the Malek Al-Ashtar. When he became ruler over Egypt (And your heart felt compassion for the flock Love them and their kindness, And you will not be subject to them seven harmful take their food, it is classified as either your brother in religion or the equivalent of you in the creation of the excess of Slippery and presented to them the Explain, and comes at their hands in the will and mistake, give them from your pardon and describe you like you love to give you from God and his forgiveness (Why did not he say to Egypt, I feel your heart for mercy and compassion for them and their kindness, And you will be brought to their hands in the willful and wrong, then give them from your infidels and describe you as the one who loves to give you God of his forgiveness and his forgiveness (

And focus on the unity of human origin and the formation of psychological and facilitate ways of convergence and get a sense of hostility or self-discrimination and what he likes to evoke the believer is that the other whatever religion and doctrine and faith is a partner in this life and must be dealt with on this basis.

Second: the preservation of the sanctity of blood and funds and symptoms:

There are a lot of texts that have been established for determinants of blood, money and symptoms, and they have been taken care of so much in order to preserve security and peace and to keep society away from the violence, murder, kidnapping and crime. This is not only for Muslims but for others.

Third: the establishment of justice and the ruling in the ruling between all communities:

It is not permissible to have the negative attitude of the person towards the other for any reason, especially the difference in religion and belief, so as to deprive him of his right and unfairness in judging him by invalidating the right or invalidating it.

God said (Lo! Allah commandeth you that ye restore deposits to their owners, and, if ye judge between mankind, that ye judge justly. Lo! comely is this which Allah admonisheth you. Lo! Allah is ever Hearer, Seer).(58) - Surat al-Nisaa(woman)

God said (Remember Allah’s grace upon you and His covenant by which He bound you when ye said: We hear and we obey; And keep your duty to Allah. Lo! He knoweth what is in the breasts (8) Surat. Al-maddah

The Fourth Basis: The social and human interaction and the ethics of dealing with others:

Here we find the keenness of Islam to deal with others on the basis of love and human brotherhood:

A - Controversy which is better:

God said (And argue not with the People of the Scripture unless it be in (a way) that is better, save with such of them as do wrong; and say: We believe in that which hath been revealed unto us and revealed unto you; our God and your God is One, and unto Him we surrender. (46) Surat Al- Ankabut.

Fifth: Recognition and recognition of the existence of the other:

This is what we want to be alerted to: to distinguish between two things: between the fact that the other is in his faith and his religion is right or not, and his right to exist and live in peace with others, sometimes he has a religion and belief is true or not. My belief in religion has the right to exist and live with me in peace in accordance with the principles and principles of justice. Human societies are destined for the Day of Resurrection to live differently in their religions and beliefs. The Holy Quran urges the souls of believers to live with the reality of difference in faith and religion is the fate of mankind to the Day of Resurrection, no one imagines the possibility of separation and resolution between different religions and beliefs

God said (Lo! thy Lord will judge between them on the Day of Resurrection concerning that wherein they used to differ). (25) Surat Al-Sojdeh.

Here with this difference in the doctrine and the religion of Islam is to be a social coexistence based on the acceptance of the other and the recognition of the existence of the principles of giving rights and duties, as it gives them the rights must perform the duties they have to ensure this country and the people and we are in Iraq now with many reasons for conflict, conflict, congestion and conflict. It is necessary to implement these principles and foundations developed by Islam in order to reach a state of security and stability that leads to the country\'s development and prosperity and the achievement of social security. 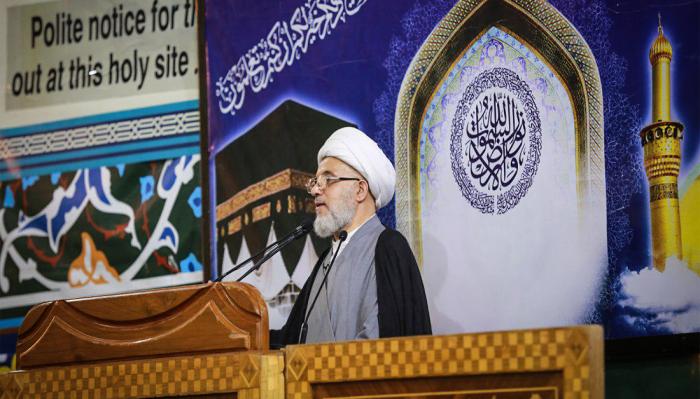 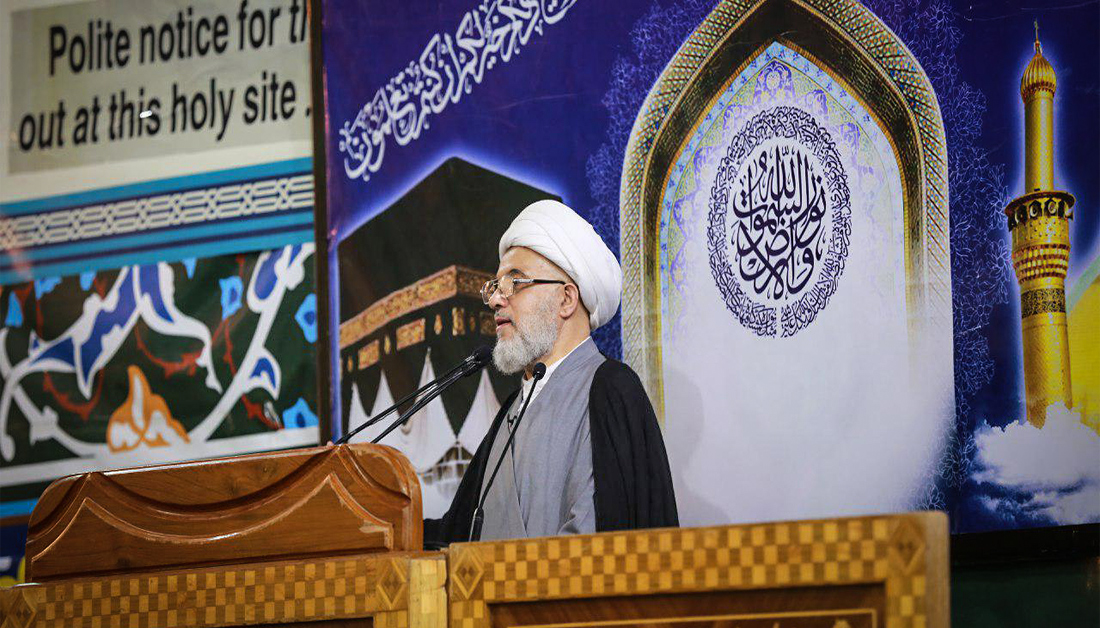 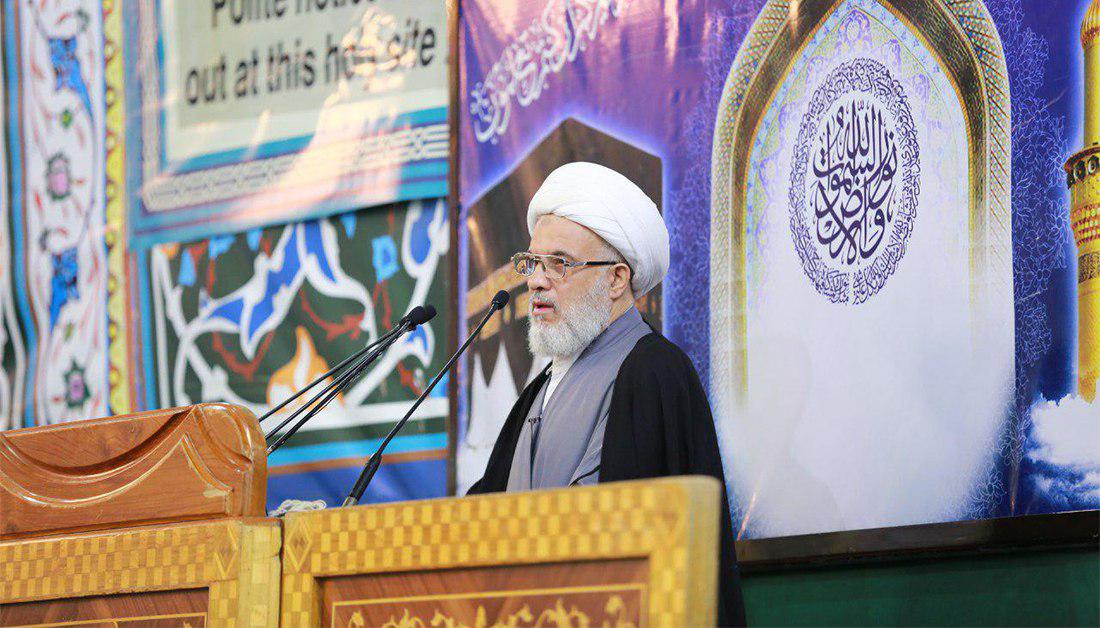