(Arabic: تخریب البقیع) refers to the event of demolition of historical and religious graves and shrines of al-Baqi cemetery by the Wahhabis of contemporary time.

According to En.abna24.com, the demolition of al-Baqi' was followed by serious protests in Muslim countries. Wahhabis destroyed places and graves in al-Baqi' two times, once in 1220/1805-1806 and the second time in 1344/1926. Many Shi'a hold gatherings, remember the event and mourn on Shawwal 8 of every year which is known as Yawm al-Hadm (Day of Demolition).

According to historical reports, choosing al-Baqi' as the cemetery of Muslims was a decision of the Holy Prophet (s) in the first year after Hijra. Since then, the Prophet's (s) companions and many Muslims were buried in this cemetery and in the next years and centuries, gradually upon some of the graves such as the graves of Abbas the uncle of the Prophet (s) and the four infallible Imams (a), domes and mausoleums were built.

Religious and historical places of this cemetery were always important to Muslims around the world and at the time of hajj, pilgrims of hajj often go to Medina and visited this cemetery and the graves and shrines there.

With the emergence of Wahhabis in Hijaz who were inspired by the ideas of Ibn Taymiyya, believed that building anything upon graves and visiting them is against monotheism and thus they destroyed all buildings of such form in different regions of Hijaz. In 1220/1805-1806, Wahhabis besieged Medina and after the city was surrendered, Sa'ud b. Abd al-'Aziz seized all the properties in the treasures of the Shrine of the Prophet (s) and ordered demolition of all the domes in al-Baqi'.

Apparently Wahhabis are the first group in history who destroy graves and tombs having religious excuse. In other cases, other people tried to destroy such tombs with the excuse of existence of books criticizing caliphs in al-Baqi' cemetery but they were not successful. In addition to demolition of the graves in Ta'if, Jedda, Karbala, elsewhere, Wahhabis focused their efforts on demolition of shrines and domes of religious sites in Mecca and Medina.

The shrine of the four Imams (a) and the dome of Lady Fatima (a) known as Bayt al-Ahzan were either destroyed or seriously damaged in the first attack of Wahhabis in the same year. According to Abd al-Rahman Jabarti, after a year and a half of besieging Medina and causing starvation, Wahhabi forces entered the city and destroyed all the graves and tombs except the shrine of the Prophet (s).

Ottoman empire sent an army and took back Medina in Dhu l-Hijja, 1227/1812. Some shrines were reconstructed in 1234/1818-9 by the order of Sultan Mahmud II (ruling from 1223/1808-9 to 1255/1839-40), as some reports suggest the existence of shrines after those years. Among some people who have reported the existence of the shrines of Imams (a) is Hisam al-Saltana, son of Abbas Mirza Qajar, Na'ib al-Saltana who went to Medina in 1297/1880 and visited those shrines and Bayt al-Ahzan. He mentioned more than 10 buildings and shrines in al-Baqi' cemetery. There has been a Mihrab in the shrine of the four Imams (a) and on its left side, there has been a green wooden Darih on the graves of Imams (a). Bayt al-Ahzan of Lady Fatima (a) has been behind the shrine of Imams (a). There are some reports of the buildings in al-Baqi' cemetery in the travel report of Haj Ayazkhan Qashqa'i in 1341/1922-3, about two years before demolition of al-Baqi'. According to him, the four Imams of Shi'a were in one shrine but their graves were separate. Ayazkhan also mentioned the existence of the tombs of Ibrahim, son of the Prophet (s), Abd Allah b. Ja'far al-Tayyar, Safiyya, the Prophet's (s) aunt, 'Atika, Safiyya's sister, Umm al-Banin, mother of Abbas and some others from Banu Hashim located in an alley near al-Baqi'. Apparently, he was among the last Iranian pilgrims who visited Bayt al-Ahzan in al-Baqi'.

In the second attack of Wahhabis in 1344/1926, all historical sites in this cemetery were destroyed following the fatwa of Shaykh Abd Allah Bulayhad, the chief judge of Saudis claiming that visiting graves is a sign of polytheism and illegitimate innovation. 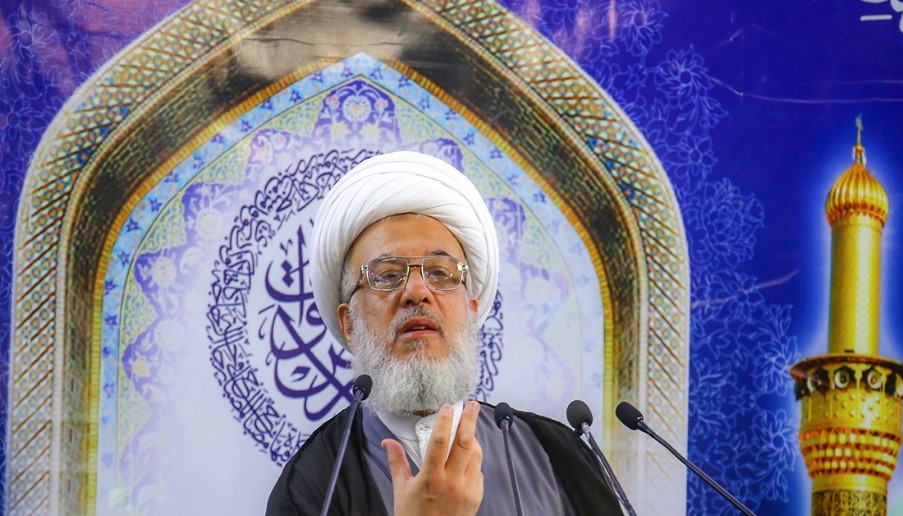 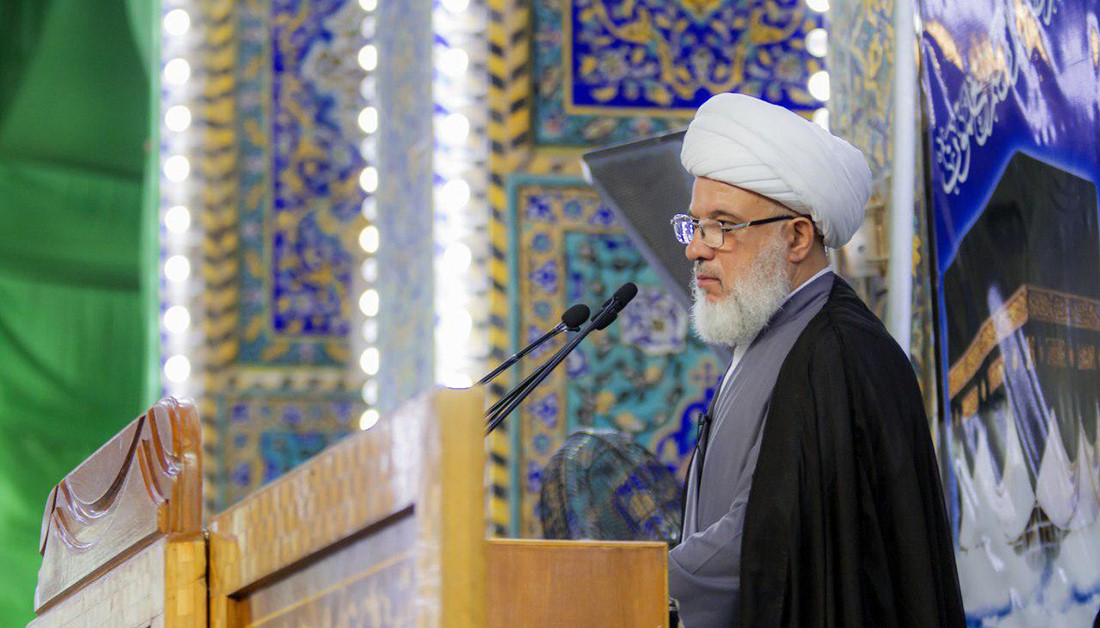 2018-06-30 830
The Supreme authority recalls the incident of the six martyrs, and warns of the aggravation of the problem of agriculture and demands a quick solution to address the water crisis
2018-06-30 830 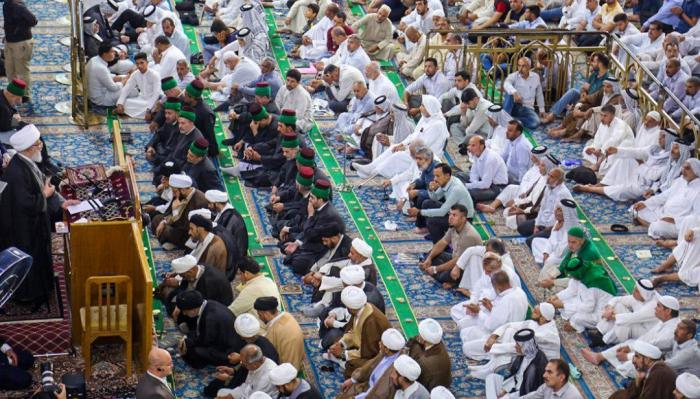