Pictures: The initial features of the shrine's grid of Lady Zaynab (A. S)

The stages of manufacturing the shrine's grid of Lady Zaynab (peace be upon her) witnessed rapid industrial and synthetic steps, and day after day the final image of this masterpiece, which was made by the servants of her guardian, from the workers in the department of manufacturing the doors and grids of the holy shrines, began to become clear.

As it became clear that the first features of this grid were made after a large number of metal parts were manufactured for it, and their installation on the wooden structure. Moreover, in an epic of sincerity and loyalty that its chapters were written by the servants of the shrine of Aba al-Fadl al-Abbas (peace be upon him) who are honored by this blessed work. They are determined to complete it within the specified times, without caring about the time factor and working hours that continue for more than (12) hours a day.

The head of the department and the supervisor of the works, Mr. Nadhem al-Ghurabi, told Al-Kafeel Network, "Our technical staff working on this project have begun to complete most of its parts, accompanied by installation work on the wooden frame of the grid, to be added to the previously completed and installed parts, which are the result of a group of manufacturing and installation works."

He added, "We set out to install most of the metal parts of the grid, starting with the upper part of the Quranic inscriptions and the decorative bands, passing through the knot works, their accessories, their side columns, the decorations and inscriptions that surround them, and finally with their silver bases on which they are based. As these works led to the drawing and formulation of the initial picture of the grid, according to the plans and designs prepared for it.”.

Al-Ghurabi confirmed, "The rest of the works are going according to what was planned, as the corner columns are now being manufactured, which are important works and require meticulous work, in addition to the rest of the decorations that adorn the grid facade, and the manufacture of its door was started after the approval of its final designs". 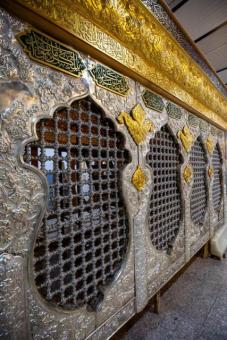 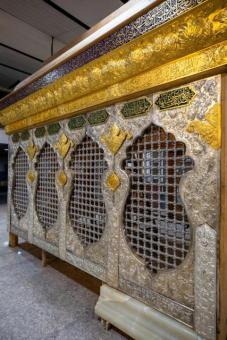 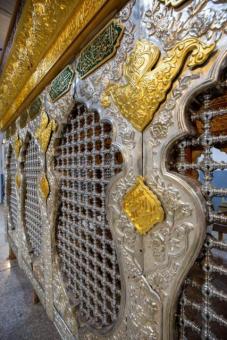 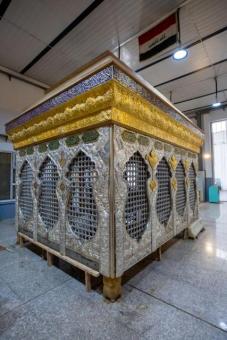 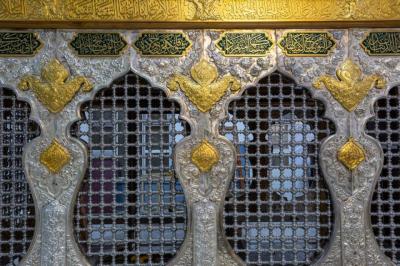 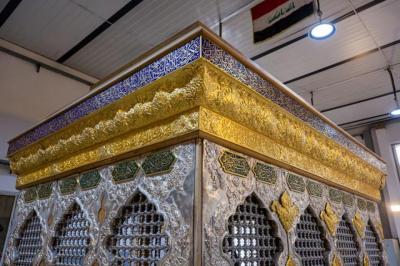 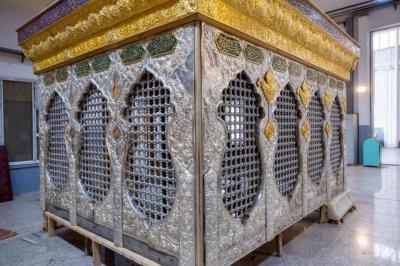 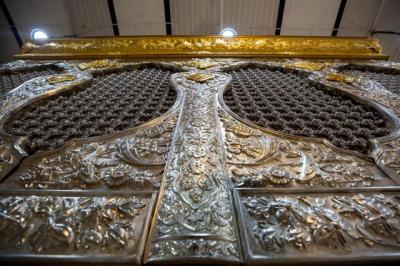