As for the area of ​​the Karbala district and its administrative annexes, it was between the seventies and the end of the nineteenth century AD, as demonstrated in (Fig. 1).

The Historical Ax, Department of Modern and Contemporary History. 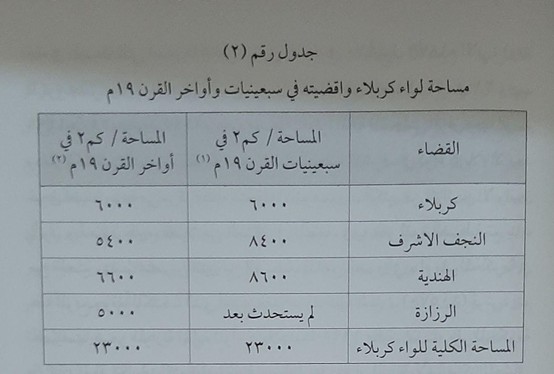