The goal of this study is focused on the effect of BabA was investigated as being responsible for the adhesion of bacteria to epithelial tissue to make colonization and using this gene is an effective method to diagnosis this bacteria.

The Methods: The clinical samples were taken during the period from August 2018 to March 2019 for 58 men and 54 women, their ages between 10-80 years old. Detection of the H. pylori infection by demonstration of BabA gene. Out of 112 patients suffering from dyspepsia attending Al- Husain medical city / digestive system diseases center, Karbala city.

The total males/ females ratio was 0.89/ 1 of the infected patients. The current study showed that the H. pylori patients with various pathologies cases as follow: gastritis in 48 cases, peptic ulcer in 19 cases, gastric hemorrhagic in 8 cases, gastric pain in 5 cases, and gastric cancer 3 cases. There are many tests used to detect H. pylori infection.

The highest percentage of these was PCR, especially when using more than one gene multiplex PCR, then urease test as rapid local test , then culturing that used especial requirements to grow bacteria which was considered fastidious and then gram’s stain. Also, this study showed a very important relation between H. pylori infection and iron deficiency anemia due to the iron was utilized by bacterial colonization during infection leading to malabsorption of iron.

Conclusion: The most frequent medical cases associated with H. pylori infection are gastritis, peptic ulcer, gastric hemorrhagic, and then gastric cancer respectively. The H. pylori had high rates in the Karbala city population and female patients are more frequently infected, and the infection was more in younger ages. There were many methods used to diagnosis H. pylori infection, PCR sensitive one and especially when used more than one gene duplex PCR. There are important relations between H. pylori infection and iron deficiency anemia. 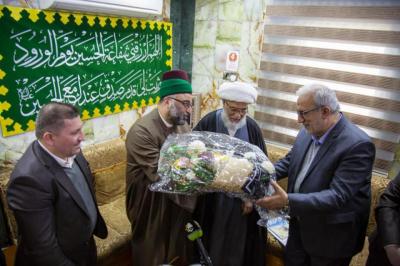