History reveals the development of civilizations and societies; the progress and changes in different aspects of man’s life. It helps us to discover how languages developed and how cultures evolved and countries changed and different milestones achieved in political, social, scientific spheres; and about war and peace and different forms of governments. The development of imambara is a part of the history of the sub-continent and beyond, the Middle Eastern countries.

Many, though not everyone, is acquainted with the word imambara. It is an Urdu/Persian word associated with a building hosting the programs and rituals of Moharram. It is a place where people congregate and observe the programs and commemorate the martyrdom of Hazrat Imam Hussain and his kith and kin.

Apart from the month of Moharram, people also assemble here on special dates throughout the year, and programs are held where religious scholars and Moulanas speak and narrate the tragedy of Karbala and the battles which were fought on its plains by the bank of the river, Euphrates. They also give lectures on the Quran, the life of the Holy Prophet of Islam, and the history of Islam since its inception. They explain the tenets of Islam and how to practice and follow its teachings.

According to Thedailystar.net, Imambara is pivotal in the daily life of the Shias, especially during dates pertaining to events that are part of Islamic history. Imambara is decorated with alams, which are banners and Islamic standards reminiscent of the forces of Imam Hussain when they confronted the soldiers of the junta. There are tazias displayed which are replicas of Imam's mausoleum at Karbala. Food and other edible items are distributed after majlises (religious deliberations and discourses) to the attendees.

On special dates, the congregation is treated to full meals inside the imambara when they sit and eat together, all attendees sitting shoulder to shoulder. Programs go on late into the night as processions are also held on some special occasions.

Imambaras are spread across the globe. In Iran and Iraq, imambara is called Hussainya, while in Pakistan, it is sometimes called imambargah. The history of imambara dates back to the time when the Imam's remaining members after the massacre at Karbala were released from prison in Damascus and wanted to hold a meeting to mourn their deads.

They took a house and invited their followers and sympathizers and narrated in detail the event of Karbala. As time passed, it developed and took more elaborate and majestic shape, size, and form. It peaked during the time of Safavids in Iran and during the time of Ali Verdi Khan, Nawab Sirajudowla, the later Najifi dynasty of Bengal, and the Nawab of Awadh — Nawab Asifuddowla, Nawab Wajid Ali Shah and his other predecessors Nawab Muhammad Ali Shah and Nawab Amjad Ali Shah; Nawab of Rampur, Nawab of Patna, and Salarjung of Hyderabad.

Today, the imambara is the center of Moharram programs and also during different Islamic dates. It may be mentioned here that it can be considered the oldest in the region. During erstwhile East Pakistan, people from all over Pakistan and India attended the Moharram programs in Prithimpassa. Among them were renowned religious scholars and Marsia (elegiac poem) khans (reciters). Even the Shah of Iran, Reza Shah Pahlevi visited the place in 1950. In the '90s Ayatullah Shah Rukhi of Iran regularly visited and participated in the programs at the imambara.

The Murshidabad Nizamat Imambara was built by Nawab Nazim Mansur Ali Meerza. It is considered the largest in the subcontinent. The Nizamat Imambara was built in 1847 AD by Nawab Nazim of Bengal, Bihar, Orissa — Nawab Mansur Ali Khan.  It was built after the old imambara built by Nawab Siraj ud-Daulah was destroyed by the fires of 1842 and 1846. This imambara is the largest in India. It was built under the supervision and direction of Sadeq Ali Khan just opposite the Hazarduari Palace at a cost of more than six lac rupees. It took only 11 months to finish construction.

The Asifi Imambara at Lucknow was built by Nawab Asifuddowla of Awadh. The construction of this imambara, which is also called Bara Imambara, started in 1780 during a year of a devastating famine. One of Asaf-ud-Daula's objectives in embarking on this grandiose project was to employ people in the region while the famine lasted. Construction was completed in 1794.

The estimated cost of building the imambara ranges between five to ten lakh rupees. Even after completion, the Nawab used to spend between four and five hundred thousand rupees on its decoration annually to generate employment to alleviate the sufferings of the people in the raging famine.

The building also has the famous Bhool Bulaya, meaning the labyrinth. These two buildings are architectural marvels, unique for the size and the architectural ingenuity which are wondrous, a testimony to the genius and skill of the people of the time. They can be considered as one of the wonders of the world and have been declared world heritage sites. They represent the Islamic architectural development and the beauty and creativity of the Islamic era, which continue to dazzle and amaze the visitors. The renowned architect Kifayatullah was the designer and builder of this magnificent building.

The Sibtainabad Imambara by Nawab Wajid Ali Shah, the last king of Awadh, was built during his exile at Matiaburj, Garden Reach, West Bengal. It is also a tour de force and speaks volumes about that period.

The other famous imambara is the Hooghly Imambara and mosque in Hooghly, West Bengal, India. The construction of the building was started by Muhammad Mohsin in 1841 and completed in 1861. The building is a two-storied structure, with a tall clock tower over the entrance gate. The mosque has intricate designs and texts from Quran engraved on the wall. The interior of the mosque is decorated with marbles, candles, and hanging lanterns. 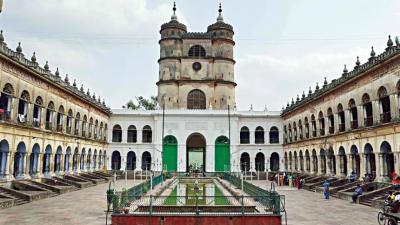 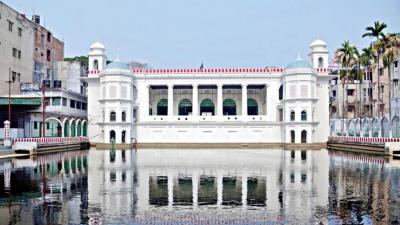 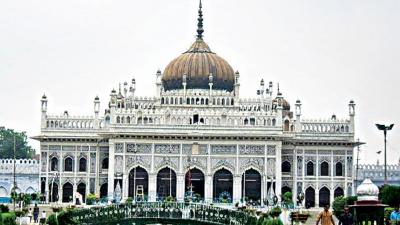 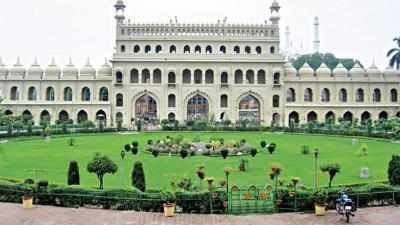 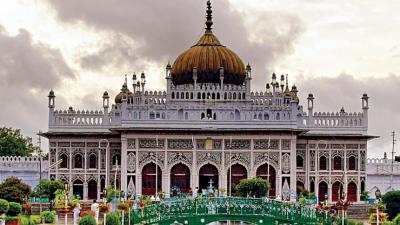 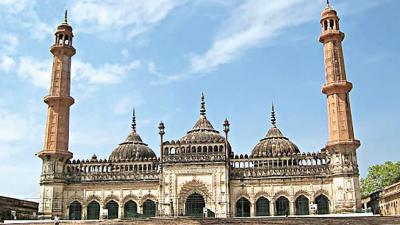