An invitation via email to visit resulted in the making of National Award winner Sourav Sarangi's documentary, ‘Karbala Memoirs’, on the world’s largest annual public gathering, Times of India.com reported.

The 40-minute film, which is being screened on the 4th 'South Asian Short Film Festival' at Nandan on Monday, was shot during his week-long journey in Iraq, where he traveled 70km on foot to visit the Shia pilgrimage of Arba’een Walk that witnessed around 25 million people from across the world walking from Najaf to Karbala.

According to the director, who is a Presidency College-FTII alumni, shooting this revealed a new perspective about religion and tolerance.

Sarangi was invited to join this Shia pilgrimage, where millions go on a peaceful march to pay tribute to Hussain, grandson of the prophet, who was killed in a war about 1,400 years ago.

“Growing up in Kanthi, I had been to the Muharram fair at the local Karbala ground. While I knew about Haj, Arba’een was new for me. Hardly much is written or filmed about this pilgrimage. Everything including food and lodging is offered free there. An Islamic philanthropic organization, despite knowing my religion, wanted me to observe their rituals of the pilgrimage and archive it,” he said. Risking deportation in the absence of an Iraqi visa, Sarangi still landed in Najaf in 2017 and finally entered a maze of tombstones at Wadi-us Salaam - the world’s largest cemetery - with a four-member unit comprising assistant Minarul Mandal and Iraqi cameraman "Usama Tamimi".

Men, women, and even toddlers in prams and elderly in wheelchairs are part of the Arba’een Walk. Some thump their chests, others collectively wail in remembrance of the martyrdom of Hussain. “Rituals and personal experiences merge to result in catharsis in remembrance of their personal bereavement,” he said.

Music, he said, played an important part. That’s evident in Santajit Chatterjee’s intelligent sound design and Sujoy Das’ mixing. Chest-beats overlap with the sound of the marching feet and somewhere connects with the idea of protest. In place of talking heads, Sarangi used his own voiceover and even lyrics of songs that played in the background. “Retaining the interview format risked the essence of our exchange of emotions getting lost in front of the camera,” he said.

The voiceover touched upon issues like power, faith, and world politics. His writing, which effectively merges disjointed experiences, added an extra edge. “There is a sense of claustrophobia in a world increasingly divided on religious lines. This journey to Karbala showed me another side of religion that can stand for universal peace and love,” he said. 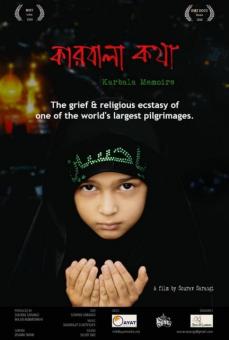 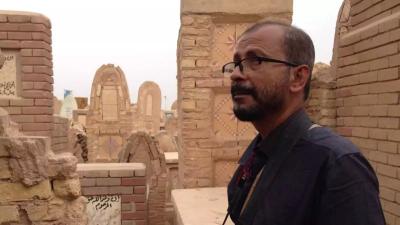