The Karbala Center for Studies and Research has issued the first issue of the fifth book of Al-Ssebt scientific Journal, which included many researches related to the heritage and history of the holy city of Karbala, by prestigious writers and researchers from inside and outside Karbala.

The researches were published as follows:

First research: the Foundations of reform in the rise of Imam Hussein bin Ali "pbuh": a study in the developmental implications.

Second research: Imam al-Hussein "pbuh" between the Quran, Torah and the Bible.

Third research: The role of Popular Mobilization Units' medicine department in protecting and promoting the health of the pilgrims' gatherings in the Arbaeen pilgrimage to Imam Hussein "pbuh".

Fourth research: The situation of Iranian pilgrims coming to Karbala in the writings of foreign travelers and officials.

Fifth research: The links between the Iranian community and the people of Karbala during the nineteenth century.

Sixth Search: The British and French positions towards the Wahhabi invasions to Karbala in 1802 AD.

Seventh research: Sayyid Ali al-Tabataba'i (the writer of Riyadh book) in 1161-1231 Hijri,  1748 - 1816 AD: a study in his biography and scientific impact as well as his charity projects in the holy city Karbala.

Eighth research: The uses of agricultural lands in the city of Karbala such as (Al-Freiha, Al-Zubailia, Bab Al-Khan, Al-Abbasiyah).

Ninth research: The uses of urban lands in the city of Hindiyah between reality and planning standards.

Tenth Research: The impact of social media networks on the marketing of tourism products. 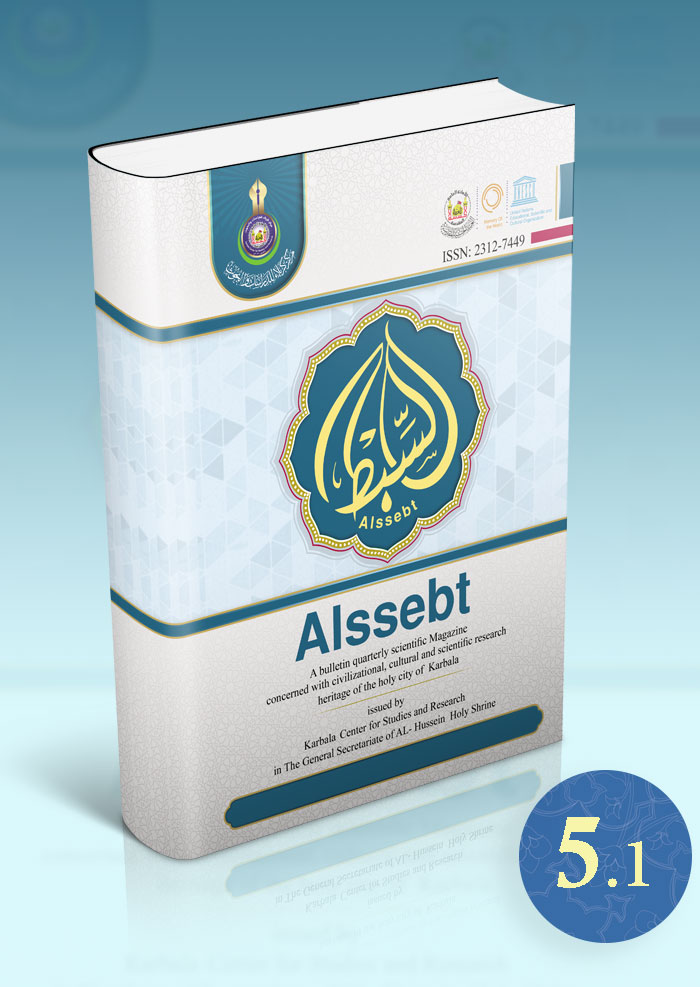